On 14th October our class went on a trip to the English section in Regional Library – Žilina. The librarian told us many interesting facts, and we would like to share the ones that captured our eyes with you. Facts like England being made up of 32 parts, or that the longest reigning monarch was Queen Elizabeth II though this should be very well known so there’s no need to go into further details. That’s it for the start, and I think we can finally tell you the important facts.

We think that you are familiar with a big clock tower in London. It‘s Big Ben, as we like to call it. Big Ben is not its only name thought, its former title was Clock Tower, and then it was renamed to Elizabeth Tower and we think you have already connected the dots and realized that it got its name after Queen Elizabeth II.

In addition to buildings, we could also mention Prime Minister’s house; this house was very well known by people to be black. In one war, this house was severely damaged and builders wanted to tear it down, but people said that they would repair it on their own, so they let them repair it. In the process of repairs, they discovered that this building was not originally black but yellow. It got black because of the smoke and many other things that it survived. Of course, no one liked the idea of it being yellow, so they just painted it black once more.

One of the interesting things about England is also their parliamentary system. Their Parliament is located in Westminster Palace, a.k.a. the Houses of Parliament; it is made up of two parts, known as the upper and lower houses. They have 650 members, but seats in the parliament are massively smaller. One of the main reasons is that if many ministers don’t come, then they won’t be in a minority government and this is it for the longer facts.

Now we can move to the shorter ones, or as we teenagers like to call them, FunFacts

. • Did you know that many exotic animals which were given to the Queen as gifts from other heads of states were given to London Zoo to be looked after?

And that’s everything that we thought was interesting enough to be included. We wish you a great day. 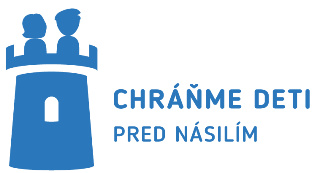 This website uses cookies to improve your experience while you navigate through the website. Out of these, the cookies that are categorized as necessary are stored on your browser as they are essential for the working of basic functionalities of the website. We also use third-party cookies that help us analyze and understand how you use this website. These cookies will be stored in your browser only with your consent. You also have the option to opt-out of these cookies. But opting out of some of these cookies may affect your browsing experience.
Necessary Vždy zapnuté

Any cookies that may not be particularly necessary for the website to function and is used specifically to collect user personal data via analytics, ads, other embedded contents are termed as non-necessary cookies. It is mandatory to procure user consent prior to running these cookies on your website.